Dear December... With love, yours forever 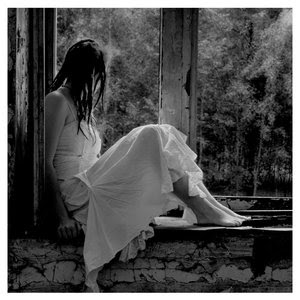 Dear December,
I am closing another year. And there is this whole urge in me to write something. But when you write something that is so close to your heart, people get to know what you are feeling at that point in time. When people know what you are feeling, they think you have suddenly become predictable. And predictable = vulnerable. And Vulnerable is not a good sign of a winner. Being a winner is important to me. But then again, this needs to be told. For if I don’t say it, these thoughts will remain in my heart. And then they will form into big word clots. And word clots kill people slowly, they are unlike the blood clots, wherein a person gets a heart-attack and it’s done! So since the words are at the end of my finger tips, I am going to blog on.

A quick conversation with a dear friend of mine led into this letter to you taking shape.
Friend : Dishudi ( as she fondly calls me ! ) .. I need someone to tell me how much he loves me ( ofcourse my friend is a girl. Guys and I will never have this conversation )

Disha : I know ! its almost as though they stopped producing my type : Bald, Handsome, smart, Funny, Witty, Ambitious and GUJARATI.

Disha : I know what you mean. I have had 4 people who asked me out in November, none with all criteria. I mean if one has to remove any criteria, he can – with the exception of Gujarati.
( It will be ironic, if after publishing this I have to do pheras with a non-gujju !! ) however

Friend : I like all castes – he just needs to want me as much as I want him.

Friend : Oh, it was useless. He didn’t even kiss me, and it was almost as though all my efforts to dress up that night went down the drain !! He pisses me off with his indecisiveness Dish !!

Disha : Oh acha ! ( Only some kind of joke would make my friend feel better at this point in time. ) My dear, I think we should number them. But that would be just plain boring. Lets call him your December.

Friend : Hahaha , Your December. You are funny Dish ! I know

Disha : If you had 2 in December, I would say what happened to December 1st week.

Friend : Disha, I am not that lucky. We are talking about the guy, who is = November. Where is my December ??

Which makes me wonder, Where is my December?? Shouldn’t he be here by now. I mean, I know it’s all mean and all, but he should be here. Its soon going to be 31st. Where every other person if going to ask me who I am going to be with on New Years eve. So irritating. The side effect of growing older is that everyone assumes you are either married, engaged, have a boy friend or almost going to have one. There is nothing called Single. So much so, that an offensive junior of mine asked me, why are you alone with your girl friend watching a movie !! I mean, this is how difficult it is Mr December. Get here now !! January is on its way. You will have only 2 weeks of Disha. Or even better, if Disha likes you and all goes well, December will for the first time see Jan, Feb, March etc. But for that December, you need to magically appear right now !!

Waiting for your early home coming – Love, Yours now and forever.
Posted by Disha Doshi Shah