It was the summer of 1995. I was all but 9 years old. Consciousness about me being a girl had only slightly kicked in. I was growing taller faster, and with my kind of genes I was also growing wider. But this is the age when FAT is not called FAT. FAT is called plump and baby fat. I was an image of a perfect 9 year old plump girl. With pointed nipples, my boobs hadnt yet taken the round fuller shape, a small tummy bulging out, short fluffy legs, hair a little longer than my shoulders, perfect for hair accessories. I had only seen my first real classroom girl friend and boy friend scenario – Rushabh from my class has proposed to Rishita. I was his personal mail delivery girl. I was just beginning to have a thing for my now best friend Raghuvir. Those kind of naive first loves, that one laughs about when they are a 20 something. 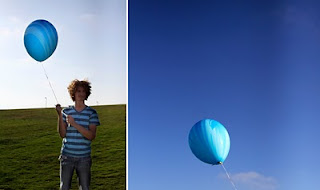 My grand-mother packed us a picnic basket. She has gathered sandwiches, bhel, water to drink and some popsicles. She was to take a pack of us from our building down to the beach- To make sandcastles. Who makes the biggest one first was always a game that consumed a better part of the evening. Being a typical joint family household, everything was joint. Including only a couple of spades and shovels, never enough for everyone. And this was the root cause of all our fights.

That day was no different. Everything was going according to the plan. I have always been the smarter and the more aggressive of all cousins, which would mean that I swooped in to get the best spade to dig the wet mud quickly to form a strong sand-castle. Then the in-evitable happened. A fight broke-out, between the eldest strongest brother Pranaya Bhai and the weakest youngest little sister Dimpi. This meant that she ran to the far end and came with full speed onto his sand-castle inorder to ruin it. It would also mean that somehow all the 9 of us cousins split up in 2 groups and started a sand-fight of our own – which would put world war to shame.
The timing couldn’t have been better as the elders were sitting a little far behind on the dry sand. My grand-mother sat relaxed on her folding chair, while my mother and aunt were sitting cross legged on the big beach spread we had got from home. A little commotion and a big crowd gathering around the fighting parties drew their attention. They came running towards us and split us apart. But it was too late. All of us had sand in our hair and our clothes were all messed up. But this was the rountine.

It meant it was now time for us to run into the waters of Juhu Beach, take a dip and then change our clothes quickly and enjoy the sunset with sandwiches and a drink. We got out of our beach shorts and ran into the waters wearing our swimming costumes. We all ran into the waters together. We splashed water on each other and took dips. Played the who can stay under the water for the longest time game. After about half and hour in the water and a growing appetite, The sun was also setting down now so One by one each one of us started trudging back onto the picnic area – to the warmth of a fresh towel and a big hug from my grandmother. She was busy wiping my younger brother Rishi dry, so I thought i would stay a while longer and enjoy the waters.
I have been a water baby. So I sat in neck deep water. Saw the reflections of my new purple swimming costume. The next thing i knew there was no one around me. And suddenly the distance between me in the water and the picnic spread looked double. Then I heard my mother scream out for me.. She asked me to come to her quickly. So I started walking towards them. They were all busy. Mum was serving the paper plates now. My aunty was pouring the water in the thermaocol glasses. My grand-mother had taken my cousin Punit in her arms and was making him wear his shorts when suddenly a balloon man comes and obstructs my path. He stood there, right in front of me. 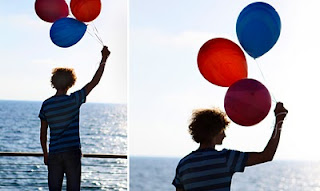 And before I knew it, I could feel his hands under my lycra costume. He took the small strap of my purple swimming costume resting tightly on my shoulders and pulled them down. The elastic straps extended for a bit. But after a little more tugging they slipped off my shoulder. This evil man didn’t stop. He squeezed my breasts so tightly and so fast that no one saw what was happening.

Then he smiled. He had the teeth that are every dentist’s nightmare. One of his front tooth was chipped. His lips were dark-red, from all the tobacco chewing. Then he quickly removed his hands from the inside of my little purple costume. He widened his eyes, threatening me. I was dumb-stuck. I couldn’t say a word. I stood there for what seemed like eternity. I couldn’t move. His mission was accomplished. When he was done molesting a 9 year old girl in me he chuckled and began pulling my straps up for me. To a passer-by he would look like someone who has just cared for me.

Then he took his air filling machine he had left to rest in the sand on his shoulders and began to walk away. He was still smiling. I couldn’t cry yet. I knew what had happened wasn’t supposed to happen. It was wrong. No one was to touch me that way. I turned towards to sea. I was a brave girl. I wasn’t supposed to cry. I fought my tears back. I didn’t say anything and then turned again towards my mother. My mother held her arms wide open with a towel in her hand to dry me up. I took it from her hand. I said I will do it myself.
That day I grew up. My childhood was lost forever. I never enjoyed a little water splashing with my sister together at home. I never let my mother shower me. I took my own towel inside the bathroom to dry myself up. A simple trip down to the beach never remained the same.
What remains constant from then to now is my hatred for the apparently harmless balloon man. I have a balloon man phobia. 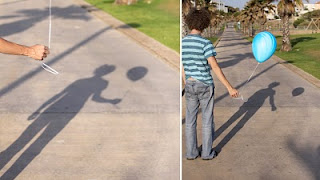