They Killed the Goat 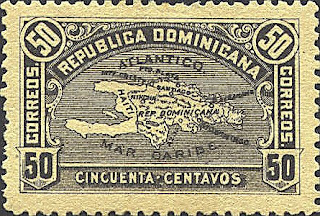 Fernanda , 28 was born near the borders of the United States of America. Just about the same time I, Disha Doshi – now 25 got through Kellogg Business School. One would think that the two of us would have hardly anything in common coming from 2 different parts of the world – But I was surprised at how much I felt she was like my sister ! We had long chats about my life, my work, my past, my present – the Jabber Master I can be. It was not until I found a box full of unopened letters all from the Dominican Republic that I first realized how little I know of her and her past. Ofcourse I always found it fishy that she went missing come every Sunday morning – she told me she went to church.. but not until I followed her. I knew there was more to those letters. Between 223rd and Madison Ave was this descript building in shambles. The plaster was peeling and it looked like the roof was going to crank any minute. The Signage outside read “El Embajador – D.R.” It was a breathing space and a small library where Dominicans’ living in New York found Solace.

I waited a whole 2 hours before I saw her coming out and confronted her ! You have to tell me… What on earth are you doing here. You have been so distant lately, what’s wrong !!! Can you please tell me. I beg of you…” She darted towards the bus stop..She was angry at the fact that she was being followed. We boarded the next bus towards her home – her eyes told me She was disappointed in me for not having trusted her and let her be. Throughtout the walk back to her apartment I could feel that She was upset that I had blown the cover off the wound she had been nursing. But more than anything when we sat down in the warmth of her living room, I felt she was relieved that she could finally confide in someone ! Like she was waiting for someone to come rescue her of her agony.

Maria Fernanda Granda Goncalves was born a US Citizen but often visited her grandmother in her native Dominican Republic. Her earliest memories are that of walking on the Malecon,  eating small dollops of ice-cream in the restaurant facing the sea on Bella Vista, of enjoying swimming with her grand mother in the country club, and enjoying the sun rise above the National Palace in this capital city. When she closed her eyes she said she could imagine the Palms and Almond trees along the Malecon. She still remembers the sight of the city’s forest of roofs, towers, domes, belfries and tree tops.

She had heard stories from her Grand Mother.. and those stories about the city her mother  was born in Cuidad Domingo were harsh ! It was not until her last visit in the summer  that her grandmother told her of her mother. The Dominican Republic was then ruled by Chief, The Generalissimo, His Excellency Dr Rafael Leonidas Trujillo Molina – the unelected Military strongman. Under his regime Government employees were required to "donate" 10 percent of their salary to the national treasury,and there was strong pressure on adult citizens to join the party. Those who did not contribute, or join the party, did so at their own risk. Opponents of the regime were mysteriously killed. Bridges and public buildings were named in his honor. The nation's newspapers had praise for Trujillo as part of the front page. Eventually, even churches were required to post the slogan "Dios en cielo, Trujillo en tierra" (God in Heaven, Trujillo on Earth). Trujillo and his family amassed enormous wealth. He acquired cattle lands on a grand scale, and went into meat and milk production, operations that soon evolved into monopolies. Salt, sugar, tobacco, lumber, and the lottery were other industries dominated by him or members of his family.

Apart for political and economic oppression, Trujillo demanded of his aides and cabinet that they provide him with sexual access to their wives and daughters. Maria Maximo Gomez was one such feast for Trujillo and also Fernanada’s Grandother. Maria was the wife of Trujillo’s minister who he laid eyes on, on one of his house visits. He went to bed with his ministers' wives, not only because he liked these ladies but because it was a way to test his ministers. He wanted to know if they were ready to accept this extreme humiliation.
Mainly the ministers, and her grandfather were prepared to play this grotesque role—and they remained loyal to Trujillo. Trujillo's sexual conquests and public humiliations of his enemies also served to affirm his political power and machismo. Fernanda’s mother Maria Flavia Goncalves was the child of the Generalissmo. She remained incognito to the Generalissmo. Maria Maximo Gomez Protected her daughter Maria Flavia.. She never let her daughter out of her sight. She even sent her to an all girls school where the church guarded these little girls – until the oppression became even more intense – and the Generalissmo now preferred his women younger.

Years passed , Maria Flavia was to fall in hands of her benefactor soon – it was her destiny. It was through the church the little girls were taken out to sing at the Fair of the Nations – at the 25th Anniversary Celebrations of the regime. The little girl, did not know she came face to face with her daddy ! She was in awe of this man who presided over thousands of people gathered together to celebrate their Nation and Its Generlissmo. Maria Flavia was even more estatic when her daddy pulled her out of the choir and raised his hand .. everybody fell silent. He asked her to sing.. and right out of her memory, Maria Flavia sang “The Sparrow Party” a Calypso Song all with the  tambou twavay drum.

Her eyes twinkled as she saw him walk towards the nuns – she knew her prize was coming. He spoke a few words pointing towards her. Maria Flavia thought her life was about to change. Indeed it did. The nun’s were horrified. Her daddy had just asked her to be brought to the National Palace. It was not until later that evening she was dressed and taken upto his chamber. Her daddy entered the room and pushed her face down and devoured her body. That was the last day Maria Flavia lived in hell. She escaped and found herself on board a ship.

Maria Fernanda Granda Goncalves was born just inside the seas of the United States of America and it was the last time she ever met her mother Maria Flavia. She died of an infection. Upon arrival this little one was given the citizenship of this free country ! When asked Father’s name the ship boy came forward and gave his name to her and a life and an education. When she turned 16 he even connected Fernanda to her Grand mother in The Dominican Republic. After a few visits, she passed away and that was the last time she ever went there. In her last few hours Fernanda was told who she really was…

But each Sunday Maria Fernanda Granda Goncalves took a trip down to “El Embajador – D.R.” only to read about the Dominican History and the Animal that her FATHER was… to know MORE about where she was from !!

Disclaimer: This is a true story with fictional characters, an entry written by me — Disha Doshi for Indiblogger’s #SoakNoMore contest.
Posted by Disha Doshi Shah