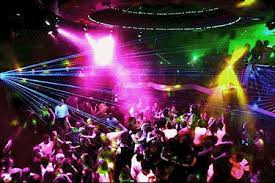 Confession : This morning I woke up with a slight hangover.. not because I had truck loads to drink. It’s called the Mid-Twenties crisis, where you drink just about 2 – 3 rounds of shots at a night club in a mid-week soiree and are woken up the following morning by your usual 7:15 alarm to tread to work ! My husband and an ex-hard-core-partier screams at me from the other end of the room … darling, you are no longer mid-twenties… its called late twenties where you stand at !

The scene a few hours earlier : We were Mid-Week partying, like most clubs call it, is the night of the 16 year olds. In all honesty when I was 16 and when I saw my elder brother at my age, I said to the friends around me.. we are never going to be that people. ( Reality : I no longer see those friends anymore, except at Weddings ! ) We will keep partying and also made a string of other promises that we are struggling to fulfil even on a monthly basis. What hurt the most is that I was no longer that popular kid who would enter a place and see at least 3 sets of friends before actually sticking the entire night ( read : after screaming once more once more to the last song ) with the ones I actually came in with. ( Reality : I did see a couple of kids from my school who would hate it if I say to them hey.. you were in std 1 when I graduated school ! )

Barring a few models, my group of people and a few beefed up 30 something men leeching at the under-age crowd.. everybody looked like they belonged there. It was funny seeing the group I had entered with struggling to fit-in. The first sign of not fitting in comes when as soon as you enter, your groupies and you cannot even form a whole wide circle and stand together. We were no longer capable of managing our turf. We got pushed and pulled by the over-zeleous young ones jumping to ‘EDM’ !

Of course we got our sweet spot by the BAR. As always a 16 something on pocket money will never be able to afford drinking all night on his pocket money.. this has and will always be the reserved spot of the late 20s. I remember how many nights my girl friends and I have accepted shameless drinks from random men of my age only then ! Yes.. if you are not drunk way of out your mind, if you are not wearing something extremely uncomfortable, if you did not quit the height of your 6 inches heels to dance bare foot on the dance floor, if you are not wrong words-fake lip-sing chart toppers of today  – YOU HAVE LOST ALL ATTENTION.. and thereby you are no longer entitled to the free drinks.

After being stamped a couple of times by a jumping jack we decided to step out for a quick smoke. Ofcourse, you are pushed to another low when instead of discussing which one of your friends’ is being a little hoar, or who is hooking up with whom, and the words ‘knackered’, ‘hammered’ or ‘sloshed’ is not being used to describe the current state of your friends, you are discussing the average age of a night club ! Or you are discussing how you prefer Dinner or Lounging as opposed to this. Or you are discussing what time are you heading out ! Or who is buying another round of consoling happiness.. oops, read drinks ! Oh you guessed right, we did go in, but only for a couple of minutes to hang around till it was comfortably late to say we went out partying.

When we finally decided to ‘Quit the Scene’ much to everybody’s liking nobody forced us for a mid-week stay over or an after party to this party. We were a party of 2 and nobody asked for a ride back home. We were all in the comfort of our A/c car’s and our “Party Hard Drivers” in place to come pick us up from right outside the venue. We also did not have to take a million de-tours dropping everybody, our phones were not off the hook trying to explain where we exactly were and how much longer we were going to take. Nobody was sticking their head out.. or I wasn’t in charge of holding anybody’s hair. Some of the perks of not being sweet 16 anymore.

The only up-side of being a late twenty dweller in all this was that I did not feel the need to tip toe in my room. I did not have to look forward to a confrontation. There was no explanation on how many drinks I had had and there was no long lecture trying to reason WHY I NEED TO PARTYY 3 times a WEEK ! Suck it 16 year olds..I WON. ( Sigh.. If only I really meant what I just wrote.. )