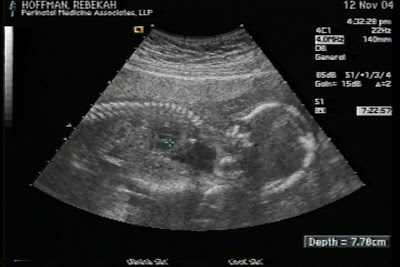 It started with LOVE. My parents fell in LOVE. They sowed the seeds of LOVE to form me. Then they nursed me for 9 months in my mother’s womb. From the time my first heart beat originated – my father has kept records of every sound I made, made notes of every time they went to the Doctor’s to check on me. One of the first few things I saw when they took me to my room – which was supposed to be my room for life – there were framed pictures of my step by step growth. Of all the sonograms – it also had some empty frames which would be filled over the years. My grand-mother – both paternal and maternal made my mother eat all this healthy food – some things which she loved and others which she hated, but they forced her to eat it anyway. She did it all, so that I would take birth to be a healthy child. A smiling child. A loving child. Grow up to be their darting son. A dutiful one at that.

And then the time came for me to waltz into the world. I did not worry my mother. She was prepared you know ! All those pre-natal classes that my father took my mother to, had helped. One big push – actually several big pushes and I waltz into this beautiful world. It felt cold ! Those bare arms of my doctor with the plastic gloves suddenly made me feel insecure. It was nothing like my mother’s womb – all soft and watery. I was a healthy 10 pounds. And as soon as I was wrapped in a warm cloth I fell into the arms of my beautiful mother. She held me from then on until I lived close to her bosom. The only time she left me alone was when she took quick winks in between my naps. I didn’t let her go away for too long.. I liked harassing her. But one day I let her sleep for a little longer. But that little longer is something that cost me my life.

They say the dump-yard outside my beautiful room’s window is a breeding ground of malaria mosquito’s... And that was it. In the second week of my existence the mosquito came, he fought the war with the repellent, and he conquered. He sat on me and stung me – a little longer than I was willing to let him stick to me. And that was it. Nothing remained the same. 2 days after this I ran a very high fever. I was rushed back to the hospital I had come from. Things could not be controlled – they went out of hand. The Family was called. I was suffering. And then they pulled the plug. I tried to fight back – but I LOST the BATTLE. Even before my mother could teach me how to fight, how to self-defence, I was put in the war field. And then I was KILLED !

I lived for 9 months and 28 days in 2 different worlds. I am leaving behind a scar... ! Why couldn’t they do anything to prevent those mosquito’s from breeding in the dump yard next to my house ? Some say it was Jaundice too – it was the water. Why wouldn’t they do anything about the water either ? Why don’t they know how to protect me ? Why wasn’t I given a time to live, to love and to spread awareness. Even before I could decide what I will be in this world – The CHANGE-MAKER – my chance was taken away.

(This is in memory of my Nephew who died yesterday at the Age of 28 days. They say he had malaria and jaundice together – they couldn’t detect either. The Mosquito breeding ground has been beside his house for years. No amount of protest will change the way the BMC looks at these things. May his SOUL REST IN PEACE!)
Posted by Disha Doshi Shah