Story of the next generation Japanese. 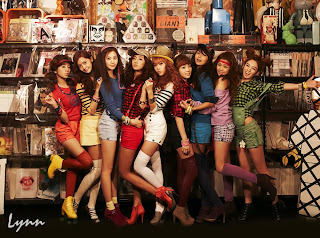 The parents and grandparents of today's youth of Japan put a nation back together after a devastating war and accomplished an "economic miracle" through incredible work and sacrifice. They lifted Japan to the front of the modern world. That has been the story of Japan for the past fifty years. What is the story of this generation? They have been the recipients of enormous wealth. They've had everything that previous generations lacked. The future has great potential. But they are growing up in a land that has paid a price. All I ever heard was how the Japanese race has been scarred for life ! World war 2 and its after effects can still be felt in the heart of the Japanese people. Ask a Japanese about Americans and look at their reaction. My history text book sympathizes with these affected Japanese. But yesterday I was taken aback while watching a documentary of Japan and its youth culture.

Japan is experiencing the first generation gap in its recorded history. It's obvious that change is happening. Like us new generation Indians – who have forgiven and forgotten what the British did to us. They even have a special name for those under the age of about thirty: shinjinrui (the new race). This "new race" represents more than just wild clothing and colorful hair. They are disobeying at school, violating age-old rules of public behavior, and rejecting the ideal of a lifelong job working six days a week for the company. Many are dropping out of school and taking part time jobs in exchange for time and freedom. What really sets this generation apart is their refusal to follow the paths of their parents or accept their society's vision of a happy future. This signals a change in culture, not just youthful rebellion. Japanese people are no longer the small frame, non-consuming, non-demanding, disciplined, hard-working race of the world we live in today.

Much of this change is public and flashy – like the pop culture especially in certain places, like Shibuya, where one encounters public expressions of a generation trying to find its voice and identity. For a person like me, who has never given Japan's group-centric culture a thought apart from what I learnt at school, this apparent surge of individualism comes as a shock. It's certainly a common theme around the world today. But you don’t expect the Japanese to be the new Americans ! Japan has been shocked in recent years by the increase in violent crimes among youth. These include high profile cases of unspeakable acts at the hands of elementary school kids. Among junior high and high school girls, casual prostitution is becoming common. A high percentage admit to using sex in exchange for money and gifts, and there is a growing market among older businessmen willing to pay young girls for sex, with plenty of takers.

Shibuya is a stage where this drama plays out. Most people in Shibuya at any given time don't live or even work there. Shibuya is a convergence of people and activities. Below ground several train lines come together delivering untold numbers of passengers to the heart of Tokyo. When they emerge at Hachiko Crossing, they encounter a vast intersection where thousands pour across the street at each turn of the light. They are businessmen, students, internationals, shoppers, and gawkers of all ages and types. Above the crowd, dominating the sides of buildings, the faces of celebrities and "pop idols" appear on giant video screens in music videos and commercials, though it's hard to draw a line between the two. Hundreds and thousands of young people on the streets below are trying to emulate their latest haircuts and clothing. It is the BIG APPLE & The TIMES SQUARE of the East, only with small frame people.

Finally, Shibuya is well known for the girls who show up there in the latest Shibuya style (there is even a magazine devoted to them). Two years ago, Shibuya was owned by ganguro (dark) girls. They were either excessively suntanned or they lathered themselves at night with fake tanning lotion. They were dark. On top of that, they wore pale lipstick and eye shadow and stood atop 12 inch platform boots. (Some were injured falling off their shoes, it's true.) Shibuya girls inevitably attract videographers and photographers. Some are getting footage for pop culture TV shows, others are working on "serious documentaries, and still others probably just want close up pictures of loose women. In any case, the girls do everything but hang up a billboard that says, "Cameras here!"

Shibuya, like other popular gathering points in and out of Japan, represents a generation trying to take control of their own lives--determining their own hair colors and clothing, making loud public statements, and challenging rules of conduct. It looks like a thriving post-modern carnival, edgy and full of vitality (if a bit dark in places). But youth, in their exuberance, are usually less radical and more deluded than they realize. There are other powerful players on the stage.
Despite the rebellious and revolutionary overtones, Shibuya seems mostly like a huge marketing machine, and Japanese young people are perhaps the ultimate consumers (with time, their parent's money, and a sense that individuality and freedom are commodities (perhaps imported from the USA). They provide the energy and the machine offers them choices. What do you DO in Shibuya? You look; you shop; you eat. Then you go home and buy the brands that you saw there. In a land of shrines, Shibuya is a shopping shrine. The "idols" are on the video screens. Music is lifted up. Offerings are taken. They even have temple prostitutes; it's sad to say.

By the way, when Starbucks came to Japan they made a smart move. They immediately put a store right in the center of Shibuya looking down over Hachiko Crossing. Today, Starbucks is on the way to becoming as ubiquitous in Japan as it is in the USA.

Japan forfeited both tradition and cultural identity in it's rush to modernity. Though you see plenty of religion and ritual, the majority of Japanese people do not have faith in any god or God. They only believe in themselves (and that is debatable, given what I've written above). For the past fifty years Japan has been a world leader in suicides.

Japan is still recovering from the national story it projected after World War II. They have lived on world sympathy. Now Japanese youth are making waves by answering the hard questions of who they are, why they are here and what is worth living for. Till then, they will get up in the morning, fight their over-disciplining parents, put on their newest music gizmos, shop till they run out of their inheritance money, follow fashion as much as a woman in Manhattan would, ape the West, get divorced, trade sexual favors, have more pets than children, smoke cigarettes, gamble, drink the world dry… I can't wait to make my personal impression of it when I first visit Japan this summer.
Posted by Disha Doshi Shah