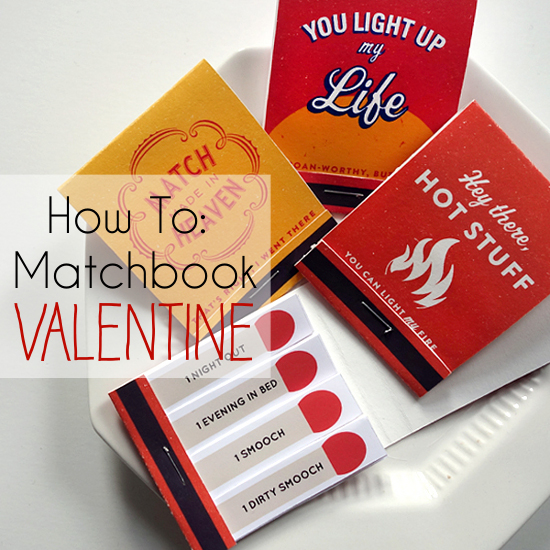 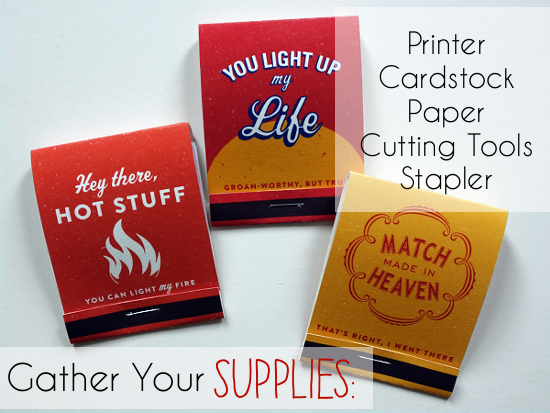 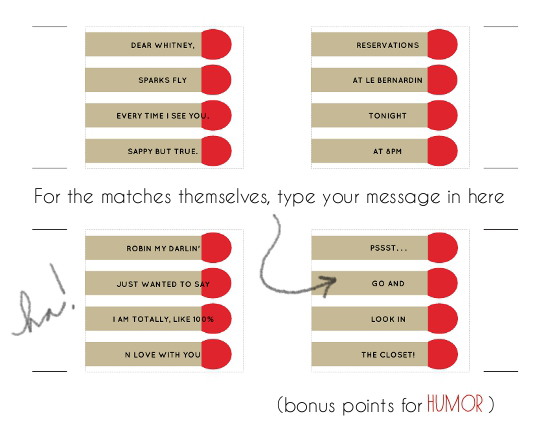 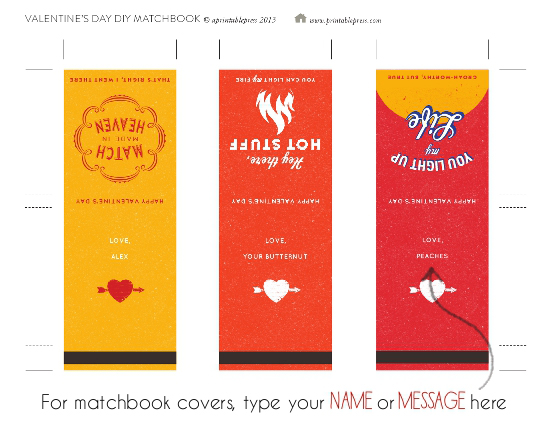 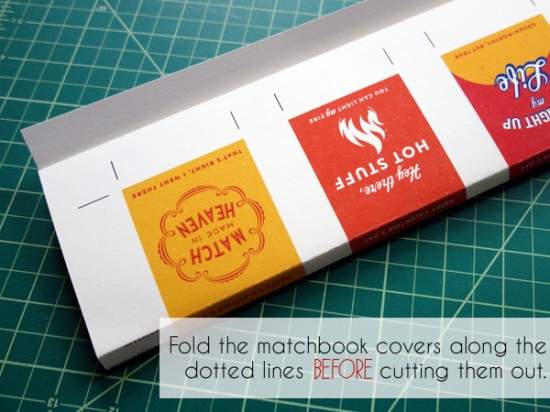 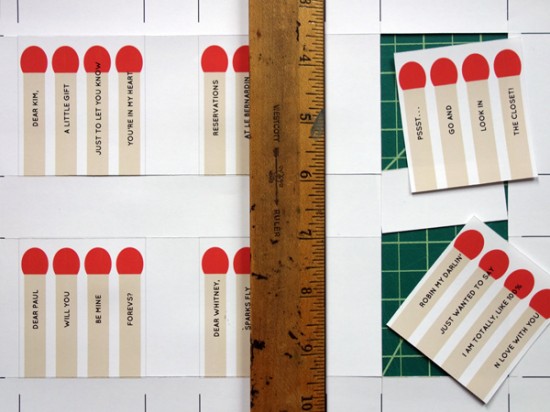 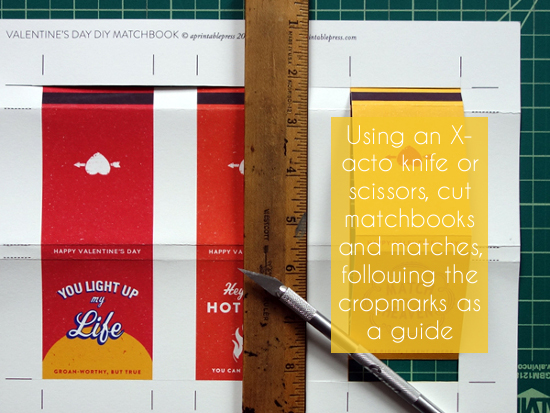 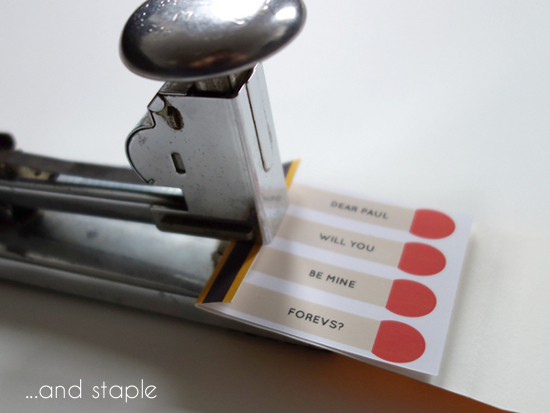 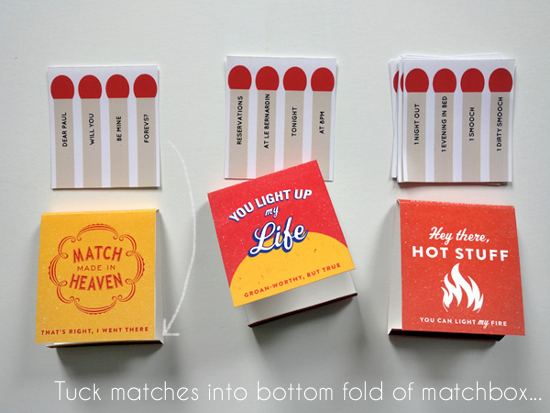 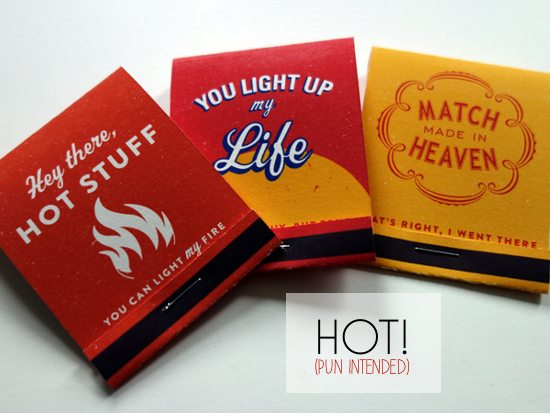 Now, these might look kind of complicated (at least they did to me at first glance), but the beauty of this printable is that most of the real work is taken care of with the design. All you need to make it your own is a printer, some cardstock, a pair of scissors (or an X-acto knife) and a stapler. I bet you could even make them in your office while no one’s watching (shh, I’m not advocating that).
To get started, download the free customizable PDF over at A Printable Press and then open it up in Adobe Acrobat Reader (it gets wonky in other programs). Next, type your message into the allotted spaces on both the matchbooks and the matches. (Kimi has given you some great starting points, but I encourage you to get creative. Oh, and if you come up with a genius slogan for your matches, leave it in the comments! I have a feeling this crowd would be hilarious. Just sayin’.)
When it comes time to print, Kimi definitely recommends using cardstock for the matchbook covers, but you can go one of two ways for the matches themselves. If you want to turn your matches into a coupon booklet, use regular paper and print out multiple sheets. (Because, as Kimi said to her readers, “Really, who wants a one-time only coupon? Give them lots!”) However, if you just want the matches to contain one special message, you can print them out on cardstock as well for something a little more substantial.
Now, before you get to cutting, you’re going to want to fold your matchbook covers along the dotted lines to give them their shape (if you want a really crisp fold, run a bone folder or the back of a butter knife along the folded crease). Then once those are folded, cut both the matchbook covers and the matches using scissors or an X-acto knife, following the cropmarks as a guide. If you’re using your matches as coupons, you’ll want to cut between the matches as well. After cutting, just tuck your matches into the bottom fold of the matchbook, staple, and voila! You’ve got a wicked hot (yes I’m going to use that pun every chance I get), easy, and hilarious gift for your Valentine (or, frankly, anyone else with a good sense of humor and an eye for design).
Personally, I think I’m going to make a coupon book for myself and fill it with vouchers for naps, Silver Beach Cafe's - Cilantro Pizza, back episodes of 90210, and maybe even one of those double chocolate chip muffins they sell at Costa Coffee. It’ll be a grand romantic gestureto myself.
Posted by Disha Doshi Shah