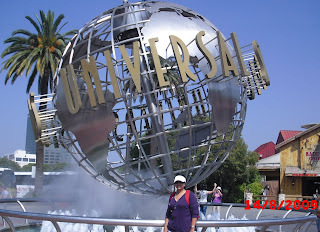 USA.. There sheer name of this country commands power and respect. After much apprehension, we finally packed our small bags to explore a country much talked about. One cannot help but have a negative bias towards this place. It is so much talked about in the positive but much recently in the negative due to terrorist attacks, bankruptcy and racial discrimination. So when I finally got off the plane and went through the ordeal of the overly strict American Immigrations officer I wasn’t surprised why one country manages so much negative word of mouth. What I didn’t understand is that this country is constituted by immigrants. And yet, they scorn at every immigrant that walks into their country ? When did this country become theirs ? And even if it is theirs why do people need to be so insinuating. I was particularly heartbroken for an entire Muslim family, including their 4 year old daughter and doll who were checked thoroughly as though they were carrying armed weapons. But such are the nuisances of living in the 22nd century. Someone’s got to pay a price !

It’s true, American people are fast-food people. As soon as I got off the plane I hit the famously infamous TACO-BELL. When you can eat a meal in under $ 10, it’s no wonder 60 % of the people don’t cook. The cherry on the cake is that the man behind the counter is smiling and willing to feed you. He is even trained to judge what kind of a pallet will you have and suggest things that you might enjoy more or less. Such is the power of consumerism in America.

Speaking of which – there is something which is even stronger than the man behind the counter. It’s advertisements. While munching on a take out from a fast food place down the road ( you can be assured there will be one down the road ), one watched TV. And then you are subjected to half a dozen commercials of products ranging from $ 10 - $ 100 - $ 1000. Each one is more and more appealing. It makes you wonder how you are functioning without it. It is almost compelling you to call the toll free 1 – 800 number and order before stock gets over. Lest they run out of it. Take for example the Hair Bump. It’s a simple $ 10 hair pin that gives volume to your hair. I tried finding that piece in every store that I entered. Now I don’t want to get into the products like Hair Spray, Shampoo, Conditioner, Serum etc that you need to buy in order to use that bump. And the result is like an ingredient in a recipe. Each needs to be used in that exact proportion for the final product to be called TASTY !!!

But what I loved the most about America is its people. Warm, friendly, some very genuine bunch of people. Unlike a European, an American will go at length to help you. So if you are lost, or cannot decide between a red or a blue there is always a smiling sales-person waiting to help you. The lady behind the sales counter, the man selling pop-corn in the Yankee’s stadium.

So people can criticize Americans for being over-friendly, or too open… I consider this a thumbs up point for America !!! Keep it up America. If India is know for its hospitality, America aces in Friendliness. So when they say our customer service personnel will be happy to help you, be rest assured he will be happy to help you !!!
Posted by Disha Doshi Shah 1 comment: