A poster that set things straight ! 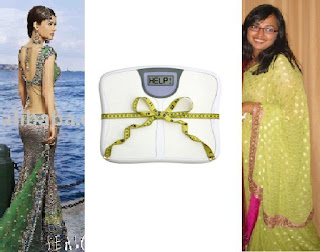 First of all, I would like my readers to open their minds and not think I am complaining and whining !! I am and will always remain the quintessential INDIAN woman. Those fat Parsi arms, the big Punjabi face, the dark Bengali eyes, the big gujrati belly, kutchi thunder thighs and those strong flabby south Indian calves ! And at all times of the year I am very confident that life is beautiful. But a recent road-trip changed my life.

I was with 4 guy friends. 2 , well over 6 feet, big built – can almost pass for bouncers. 1, who if was in a loongi and topi sitting on a low table with his one leg over the other would pass for the wicked zamindar of the 1930’s and the 4th one, a very sweet Konkani – with a big beer belly and short body frame. The description is for a reason. So hold that image. We are cramped into this one car meant for 5 –but thanks to our sizes we are cramped. We are travelling on Andheri-Malad link road. We pass by the million posters that SEASONS has bought along this patch of road.

As we pass each one of them, 4 pairs of eyes keep following this poster. These eyes roll, become big, twinkle, flash… and then the poster has gone. Their lips twirl a bit… you can tell they are thinking about the poster. Poster 2 spotted on the other side of the road… the beautiful Italian/ greek super model is standing on the beach… her sexy bodice clinging onto her bony frame. She is looking out at eternity. Her spotless skin catches the same 4 pairs of eyes. They roll, become big, twinkle, flash and then the same lips twirl.

This was just DAY 1. I thought DAY 2 would be different. They have seen that poster. They would just look at it with plain boredom. So wht, yeah its there ! Move on feeling would come. But DAY 2 was same. On DAY 7 I couldn’t help but ask… what is it about this poster. The same 4 pair of eyes roll their eyes away from this very poster. They fall on me as though I had woken them up from a beautiful dream. I could tell, each one of them was secretly hoping that woman was looking out for them. And then I blurted out, without resisiting any further – “Whats wrong with you guys ! Stop staring !!!”

The minute I said it – I knew I had woken up an angry bull – in my case 4 angry BULLS !! I had just locked my horns with the ultimate MALE DREAM – THE SEXY WOMAN ON THE POSTER !!

This is never what an Indian bride is ever going to look like !! Who walks in that awfully expensive saree from season onto the SAND !! Why would a company which caters to making women feel good make them feel bad ?? I talked to a few woman, some who are confident of the way the look, some who weren’t. But I found out something really startling, and hence thought I will share it with everyone.

Thin models make women feel bad, but they like it. They have higher evaluation of the brands. With the more regular-size models, they don’t feel bad. Their body image doesn’t change. But in terms of evaluations of the brands, those are actually lower.” What I am yet to understand is Why would something that makes us feel bad also motivate us to buy?

Which also makes me wonder - On the other side of the scale (pun intended), the “big girl” section of the department store has traditionally been filled with low quality, unfashionable clothes made out of cheap polyester. The association between bigger models and crappy quality may not be accurate, but it’s already in our heads.
The problem with polls and studies being done about “how women react” is that there often seems to be an underlying assumption that it’s somehow set in stone, that women are somehow genetically programmed to react to these starvation victims.
The truth is exactly what @Linda Bustos says: that which women’s bodily shapes are considered attractive is culturally-based, and has changed dramatically just since the 1950’s, and even more if you look back hundreds of years.

By only focusing on the size of the model, you leave out entirely the entire creative range of expression of how retailers could speak to/with women. When retailers point to simple-minded studies like that, they are abdicating responsibility for the culture they are helping to shape with their millions of dollars in marketing. I don’t believe hiding behind “well, that’s what women want, what can we do?” relieves them of the responsibility to find ways to speak to women without contributing to the alarming level of eating disorders and other health problems, such as binge dieting, that their models have helped to create. To add to this men, and how their desires rise from zero to max in less than 13 seconds after seeing this ADD.

Well, I don’t know what response this piece of blog is going to generate and how many angry men are going to charge at me and make fun of me… !! But I know I speak for my girl friends at the moment !!! Not all men are Hrithik Roshans on the PROVOUGE posters- and not all women will be the much envied the SEASONS POSTER girl.
Posted by Disha Doshi Shah 4 comments:

An ode to nice guys ! 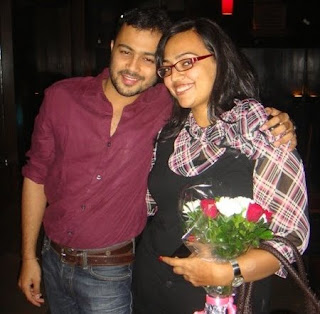 This rant was written for the Wharton Undergraduate Journal

I just thought this definitely deserves to be shared with everyone.... :-)

Honestly must say, one of the best pieces of written material ever that I've read through... Thanks Himashu for sharing this with me....Here it goes...But it is also for my very close friend AAKASH !! This one is for you. For others,Now Please do not go and judge Aakash to be the nice guy talked about throughout this article. But much of what is written - can be related to our weird friendship.


This is a tribute to the ALL nice guys. The nice guys that finish last( Aakash has his share of stories), that never become more than friends, that endure hours of whining and bitching about what assholes guys are, while disproving the very point. This is dedicated to those guys who always provide a shoulder to lean on but restrain themselves to tentative hugs, those guys who hold open doors and give reassuring pats on the back and sit patiently outside the changing room at department stores. ( He has never sat outside the changing room - so as i said not all of it is him !! Read on )

This is for that time she left 40 urgent messages on your cell phone, and when you called her back, she spent three hours painstakingly dissecting two sentences her boyfriend said to her over dinner. And even though you thought her boyfriend was a chump and a jerk, you assured her that it was all ok and she shouldn’t worry about it. This is for that time she interrupted the best killing spree you’d ever orchestrated in GTA3 to rant about a rumor that romantically linked her and the guy she thinks is the most repulsive person in the world. And even though you thought it was immature and you had nothing against the guy, you paused the game for two hours and helped her concoct a counter-rumor to spread around the floor.

This is also for that time she didn’t have a date, so after numerous vows that there was nothing “serious” between the two of you, she dragged you to a party where you knew nobody, the beer was awful, and she flirted shamelessly with you, justifying each fit of reckless teasing by announcing to everyone: “oh, but we’re just friends!” And even though you were invited purely as a symbolic warm body for her ego, you went anyways. Because you’re nice like that.

The nice guys don’t often get credit where credit is due. And perhaps more disturbing, the nice guys don’t seem to get laid as often as they should. And I wish I could logically explain this trend, but I can’t. From what I have observed on campus and what I have learned from talking to friends at other schools and in the workplace, the only conclusion I can form is that many girls are just illogical, manipulative bitches. Many of them claim they just want to date a nice guy, but when presented with such a specimen, they say irrational, confusing things such as “oh, he’s too nice to date” or “he would be a good boyfriend but he’s not for me” or “he already puts up with so much from me, I couldn’t possibly ask him out!” or the most frustrating of all: “no, it would ruin our friendship.” Yet, they continue to lament the lack of datable men in the world, and they expect their too-nice-to-date male friends to sympathize and apologize for the men that are jerks.

Sorry, guys, girls like that are beyond my ability to fathom. I can’t figure out why the connection breaks down between what they say (I want a nice guy!) and what they do (I’m going to sleep with this complete ass now!). But one thing I can do, is say that the nice-guy-finishes-last phenomenon doesn’t last forever. There are definitely many girls who grow out of that train of thought and realize they should be dating the nice guys, not taking them for granted. The tricky part is finding those girls, and even trickier, finding the ones that are single.

So, until those girls are found, I propose a toast to all the nice guys. You know who you are, and I know you’re sick of hearing yourself described as ubiquitously nice. But the truth of the matter is, the world needs your patience in the department store, your holding open of doors, your party escorting services, your propensity to be a sucker for a pretty smile. For all the crazy, inane, absurd things you tolerate, for all the situations where you are the faceless, nameless hero, my accolades, my acknowledgment, and my gratitude go out to you.