So I have been away for a little under a month - thanks to some very exciting news folks !! Yes, I am hitched. The lucky guy ; ) is Kunal Shah... Ive only known him for a couple of days, but it feels like we have been best friends for ever now. I say this because we already have private jokes and stares in public places - something I share with my girlies Pankti Chheda and Ami Gathani. Every time I blogged about love, everthing I ever thought about - is all fulfilled !! So I decided to take this leap of faith. if you know what I have been writing, you know I am such a romantic... But this man is way more than I ever imagine.

Our families met on the 7th of January to formalize this unision - and thats about it. That day on - he turned into this warm fuzzy person in just the right proportion I can handle... and I guess this is my happy ending of beginning however you like to look at this situation : )

A few days after I met him -- I wrote a secret letter to him, not knowing whether I will ever deliver it to him or not ?? But I knew he is the one - because after every time I met him I wanted to meet him some more... I wanted someone who befitted every world of this piece and he did... Eventually he did.. and it is a relief. I grew up knowing that I would want to be the support system to a person who would want every happy emotion.. who would be compassionate and a believer just like I strive to be. Might sound a little bit too much, but I have a feeling that he will understand the kind of relationship that I look forward to in my life.

A relationship based on an understanding that large parties don't necessarily mean a good time. Learning that loneliness doesn't go away in a crowd, and that sometimes it's okay to be by yourself on a Friday or Saturday night. It's about learning that your lunch time crowd does not constitute your popularity, and that popularity is all a matter of perspective.

It's about learning that simply doing what you're supposed to do isn't enough, you need to put forth twice that effort in order to fully grasp whatever emotions that are thrown at you. It's about learning how to make people smile. A relation that makes you learn how to miss people enough to not stick them in the past, and how to not miss them so much that it keeps you from moving into the future.

Some call this love – but love has not been an easiest of emotion for me. I struggle to maintain myself in balance when I do find myself there - it’s a rare occasion. I guard myself strongly against such things – its makes me weak in my knees and do stupid things like writing the exact word that my heart beeps to my brains and then actually have the balls to say it to someone.

and then I did the most impulsive thing. i did eventually send it to him... and he loved it.. !!!! And thats it. On the 26th of January 2012 - after fighting a slight hangover and him nursing a major one - we took the leap of faith. We got ENGAGED !!! wwooohoooo... Its all exciting.

Thus the lack of any blog post in the month of January.. !! I promise to do a better job the coming month. We got a few pictures taken - we are not camera friendly.. so forgive us !!! 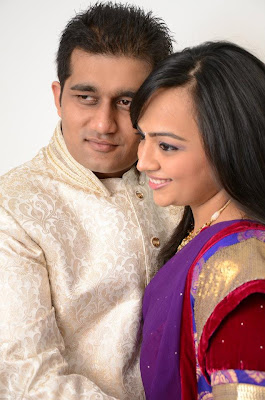