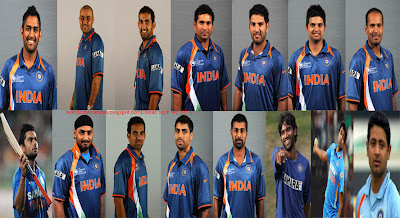 I was all but 11 when I got punched in the face on the bus ride back from School for saying, “i don’t like cricket.” As an Indian, you cannot not like cricket. Cricket is like your nationality – you would probably have to change it to be able to say, Yes I do not like cricket. Cricket as a game has grown onto me. But you don’t have to love the game, to love an India v/s Pakistan game. It’s in our blood to LOVE the DRAMA unfold. It is how we remove the passive aggressiveness of dealing with the Kashmir, Kasab and Kontrols taking up half our daily newspaper. Just like that, even if you don’t follow the game – you grow into believing that Sachin is bigger than Rajnikant. Sachin attracts more crowds than all the Khans, or rather Bollywood put together. Or else, why would 1.2 billion sit glued to watch a 9 hour game rumoured to have been fixed with millions of rupees ?

Just like you pop a Combiflam for any ache you have in your body, one trusts the name Sachin Tendulkar to be the magic potion of the Indian Cricket Team. Since 1983, we have come close to winning ‘The cup that matters’ a couple of times, but have failed – sometimes by a little, and on most times miserably ! Alot of Sachin Tendulkar’s peers came and went – but he remained. He stuck in there – with his hard work and dedication to this game. He has been showered with the Padma Vibhushan, Padma Shri, Rajiv Gandhi Khel Ratna, Arjuna Award by the Indian government. He is an ICON for most living souls. He took up a captaincy for a bit – but failed and eventually gave it up. Proving for once – that even GOD has his bad days.

The Indian team has struggled since 1983 – on most grounds for lack of leadership. In my opinion, individually there were many great players made – but as they say too many cooks spoil the broth. Such was the state of the Indian cricket team. Each one shinned – but we were nowhere in the larger picture. But since 1996, Fresh blood came into the scene. We saw brilliant players in the making, Harbhajan Singh, Yuvraj singh, M.S Dhoni, Gautam Ghambir. Each one strong in their own right, adding a little flavour to the Indian cricket team. None rising as high as the GOD himself.

But Cricket is not a singles match of Tennis. Where your individual performance matters. I am not dismissing Sachin’s integrity to the team. I am raising fingers at those who are blinded by the bling called Sachin. For those of you for whom Sachin is everything – Team India is finally a balanced team. It no longer works on heavy weights. I am not a fan of hate mails – but what did Sachin do ? In such an important game and I can point at many such important games where he was out early and did not take a single wicket. It was the new stars that galloped us to Victory !

It has taken 28 long years to form a winning team. And Sachin will always remain MY GOD for his fantastic contribution to Indian Cricket. But today, We can bid good-bye to Sachin with a smile. We no longer are harrowed when we need to chase a 316 runs target. Neither do we shy from taking those wickets. We survived without a KAPIL DEV, We will shine and win future world cups without SACHIN. Yes, they will always be remembered for the legends they are – BUT INDIA and the young INDIAN TALENT are the winners of the coming years under M.S. Dhoni and the future leaders ! WE ARE SORTED.
Posted by Disha Doshi Shah