Michael Hughes: This Is The World As Souvenirs 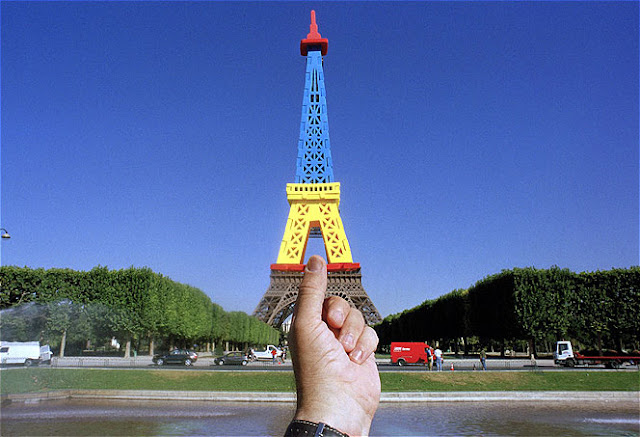 Tourists will be tourists. There's no denying them their instinct for being drawn to the most popular vacation spots, taking pictures of famous landmarks and buying small souvenirs for family and friends back home. These rituals have become such cliches that the solemnity and significance of these places and objects have  almost been lost. One person however has found a way to reinvigorate both by combining the two into one spectacular image. World traveler Michael Hughes has made it his mission and passion to collect tourist souvenirs and turn them into icons that are larger than life. 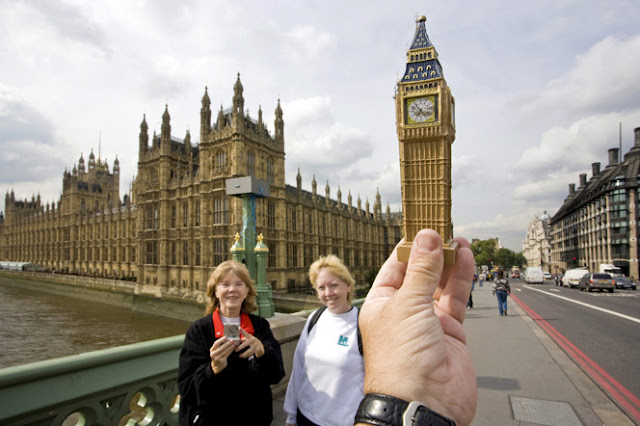 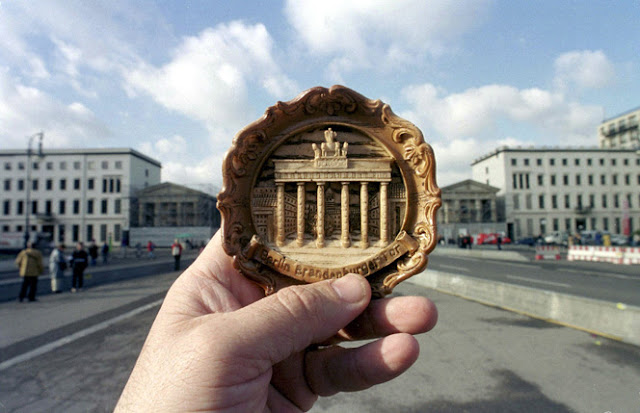 Michael Hughes is a British photographer now based in Germany, but he seems to be more at home with any part of the world that he's visited. Although he has been a professional photographer since the 1980s, it's his pictures of his vacations that have ironically gained him world fame.

His Souvenirs series, taken all around the world, consists of images of kitschy souvenirs and trinkets in the shape of a famous landmark or tourist spot strategically placed in front of the original thing. The results are refreshingly entertaining optical illusions that double as priceless vacation mementos. 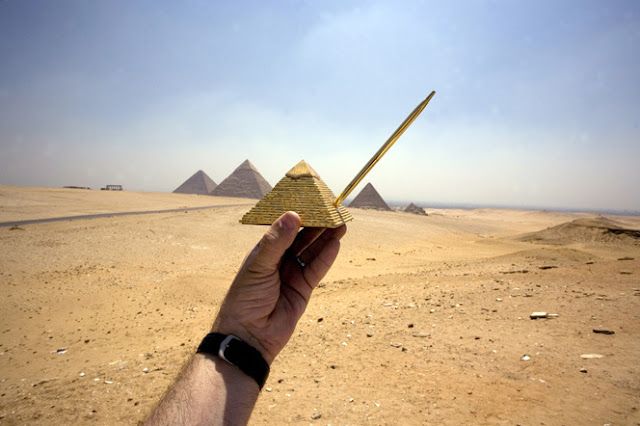 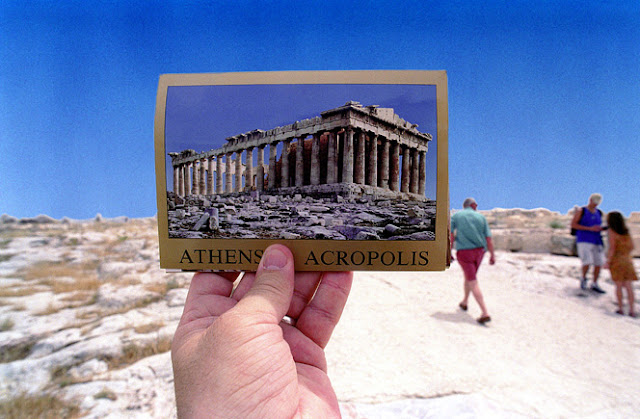 Hughes started his ongoing series around 1999 while on vacation and soon perfected his technique while traveling to other parts of the globe. Originally something he did as a side project while on holiday, it soon became an obsession for him to the point where he would deliberately travel to other countries just to photograph souvenirs in front of their landmarks.

To date he has traveled to over 200 destinations just to document these little keepsakes. 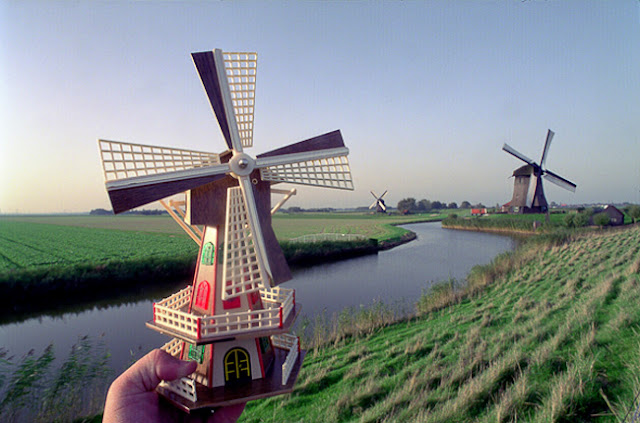 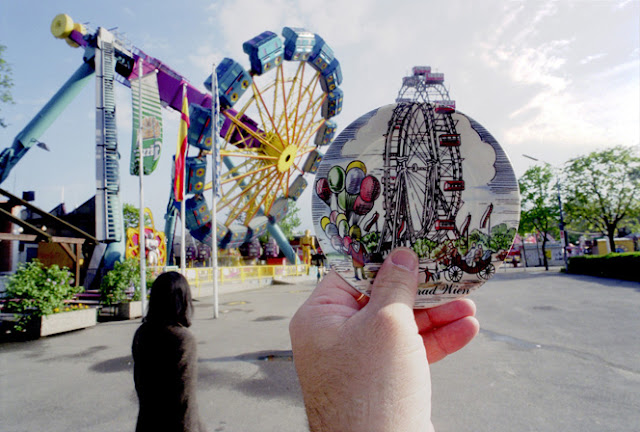 Hughes' popularity soared when he started posting his photographs on Flickr, which now has over five million hits to his credit. His portfolio includes popular tourist destinations from the (in)famous Big Ben in London and Eiffel Tower in France to St. James' Cathedral in Santiago de Compostela and the Santa Catalina Arch in Antigua.

Whereas before Hughes would only buy the most expensive souvenirs for his vacations, he now goes straight for the cheapest items at the nearest souvenir shops. His creations however are anything but cheap. 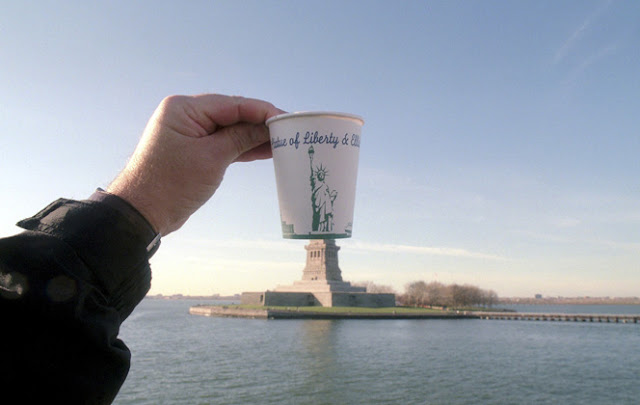 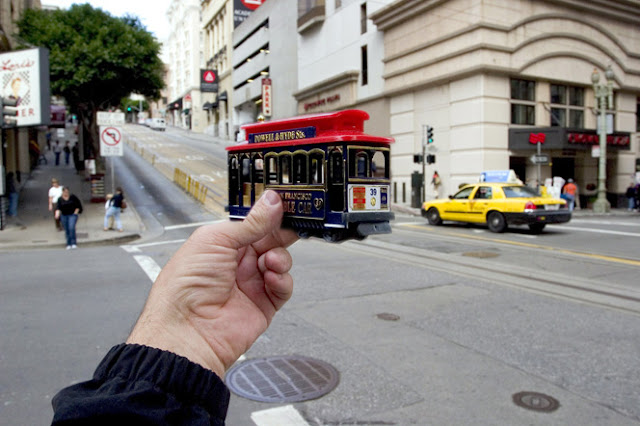 The beauty of Hughes' photographs lies in combining two tacky elements which together become fun and inspiring. While tourists usually take a photograph of popular tourist spot, purchase toys and souvenirs, and then move on, these things by themselves don't add any real value to your trip. Hughes however makes his trips more memorable while at the same time still bringing something back that's intrinsic to the area. In effect, he connects the souvenir to the place in a much more meaningful way.

While the idea is quite original and requires some skill and patience to pull off, there's no stopping you from trying the same thing on your next vacation. So the next time you go on holiday, be it to one of the newseven wonders of the world or just to your local museum and gift shop, you'll know what to do with those little souvenirs. Just be sure to credit Michael Hughes for your own souvenir shots. 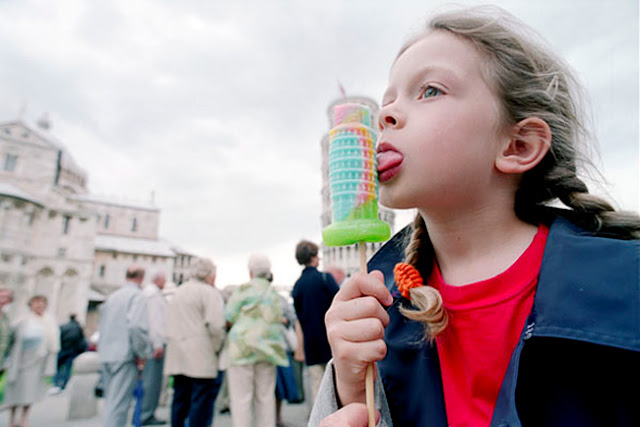 There are lots more fun and creative souvenir photos over at Michael Hughes' website and Flickr account. Spending a few minutes browsing through the images is a great way to learn about the most popular tourist spots around the world through a different lens. He also has a blog which details some of his trips and how he managed to pull-off his souvenir shots. Finally, you can purchase a compilation of his best shots or pick from among some of the web favorites to print out for yourself.
Posted by Disha Doshi Shah