What is your Religious Tolerance Level ? 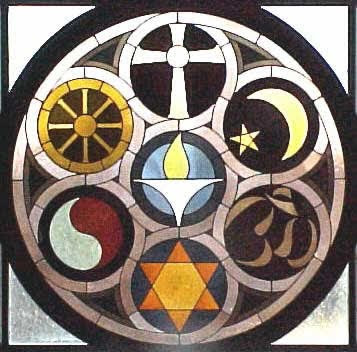 Micchami Dukdam !! Half an hour later, Eid Mubarak.. and then Ganpati Bappa Moriya !! This week was a triple whammy when it comes to Religious Diversity especially in Mumbai. Every street has some sort of decoration for festivities.. ! There are colours everywhere. People are greeting each other. Houses are filled with sweets. Children are dancing. There is loud music. This is colourful India. And then there is a stark contrast in the coloured pages of Mumbai Mirror – where they have posted some terrorist activity or rather in activity near Lal Baug Cha Raja Ganesh Pandal.

It is very dis-heartening to see such a news. And then there are the CWG In Delhi – which are also attracting some RED ALERT Situations. My India and It’s people are silent observers to these things. So on one hand we are wishing to the almighty for everyone’s’ health and wealth and on the other hand we are praying that the next victim should not be me but someone else.

It is shattering to see this and It makes my heart bleed. When will all this end ? Will I spend an Eid at a muslim friend’s house without anyone raising an eye-brow ? Will my kith and kiln every learn how to not comment every year on Eid – when they see a rise in the muslim population praying near a Masjid ? Will a muslim every be looked upon by fellow muslims for taking an active role in his Hindu friend’s ganpati festivities ? Will he ever be allowed to hold the Ganpati Idol during Visarjan ?

These are questions which still give rise to murmurs in the background. When it comes to religious diversity – India and its people will always be talking about tolerance levels. When will they ever talk The happy level ?? why is it that we are stuck to the lowest possible level. Why can’t we rise above this ? Why can’t we raise the bar for ourselves ?

This post is a mere observation... But this can be your observation. Are you giving it a thought ? I wish my words could have touched you slightly more. I wish I could push you into thinking. Not only thinking but also acting !!
Posted by Disha Doshi Shah