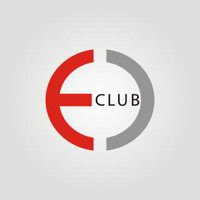 Elite organization, often are rumoured about because of their tightly held structures. Their meetings and memebers are often undisclosed till the last moment. The Porcellian club at Harvard, has a bit of attention, probably unwanted by the premiere of the movie The Social Network. In the film, Facebook founder Mark Zuckerberg, tries desperately to try to enter the club – but meets failure. But not many know that even here in India – Universities have Elite clubs.

One such rumoured Elite Organisation is “E” – the Elite club of Family Managed Business Program ( FMB) at S. P. Jain Institute of Management and Research. Club’s like “E” are often widely criticized for their exclusiveness, their membership initiation process and their activities and secretive meetings. But “E” was formed by a bunch of rich and ambitious students who live by “E” Standards. The Club was founded in Hong Kong, but when it was founded is unknown. The prominence of this Social Club is on a rise. With many of its members, heading large corporations and on their way to becoming India’s fastest growing companies.

The university – S.P. Jain has no jurisdiction over the club’s activities. While most Elite Clubs are of male bonding nature, E is rumoured to be headed by a 3 chairpersons team, out of which 2 are Females. The club’s members are located in different cities’ of India. I met one such member over dinner who was surprised that I knew about “E” at all. He expressed an interest in the topic, but declined to speak at all. Despite the fact that a large number of S. P. Jain students—members and nonmembers alike—are critical of Elite clubs, there is a prevalent culture of silence around this topic inside the campus.

The lack of free-flowing public discourse about the “E” club has been largely responsible for the long history of unsuccessful movements to address problematic aspects of “E” club: Stop Withholding Access Today (SWAT), led by the general body of students; Memebership Access Parliment are all examples of efforts abandoned due to lack of public support and commitment.

Despite the exclusivity and mystique, “E” is believed to be formed to “cultivate the intellect”. The list of members is small, owing in part to the need of remaining active on the forum as well as at meetings. “E” is the iconic "hotsy-totsy final club," often bracketed with Yale's Skull and Bones. Harvard Porcellian club and Princeton's Ivy Club. But as in the case of virtually any legend, these narratives can rarely be traced to an original source . Also, an urban legends page mentions a belief that "if members of the “E” do not become newsworthy by the time they turn 50, they resign themselves. Such is the conditioning provided in these individuals.”
Posted by Disha Doshi Shah