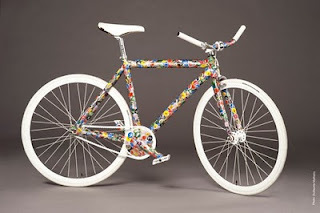 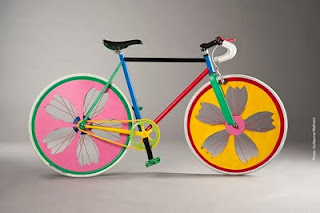 It’s just another cheap trick to make money was my opinion on FRIDAY morning. My Gym instructor to kick things up – asked me to come for a class of spinning. Now I am a fan of changing the routine – but certainly not of ways to get exhausted. Which is the irony of the weight loss program. This is my umpteenth effort to lose weight – but I never lose hope ! Sheila Ki Jawaani surely does wonders in motivation. Even if this motivation will last only but a few days.

Imagine a whole bunch of exercise bikes lined up inside a health club studio. Riders are on each one, spinning the pedals at a rapid pace. The lights are turned down, pumped up music fills the air and an instructor with a headset sits atop a lead bike, calling out commands. Now my instructor looks like one of the choreographers of these reality dance lessons – there is something amusing about the latka jatka way of expressing everything. “Common disha, pedal faster !”

Now I have already pushed myself to pedal the fastest – but the music makes you want to go with the beat and you do eventually. Much to the misery of every fat cell in the leg screaming NO. And then the rider next to me stands up and starts spinning. So only when i had thought this is it – I now had to stand and pedal. I was only relived for a moment – because the hard seat was hurting my bum area. It made me wonder why they did not make bigger seats on a bicycle ?? Is it something to do with reducing the speed phenomenon ?? I will have to Google that one for sure.

Gone are the days when I learnt to bicycle and rode around with my friends in the neighbourhood. We stopped for “Gola” I was so proud of the little basket my mother had attached to the front of the cycle – I wanted to fill it up with bread and milk from the grocery – just to help my mother. 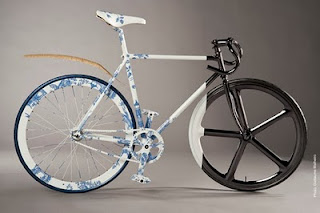 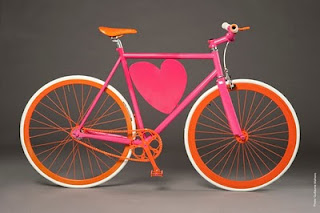 “Disha, common faster !!” The instructor snapped at me. My little fantasy that had helped me escape the class came to a crushing stop. I was dripping. And what was even disgusting is that the both the riders between whom I was sandwiched were sweating profusely. It is pretty disgusting to see them like that.

And then I took one look in the mirror in front of me. It was a horrifying sight !! I had sweat stains in different places .. and I was dripping too. My legs gad given up by the end of 20 minutes. The instructor wanted me to go for another song. ANOTHER SONG – I thought to myself – I hope it’s an English song – they are usually shorter !! Turned out my current favourite – “Gal Mitthi mitthi Bol !” I pedalled first with all force and by the time the song was in its second para – i was hardly spinning.

Of course – the result of this whole session was loss of calories ! But the real outcome was felt on Saturday, when I couldn’t get out of my bed. It felt I had needles piercing my body. And then on Sunday where I literally was hoping I could float. Climbing the stairs of the cinemas was also not an incentive. Come Monday I stepped on the weighing machine – it had moved to the LEFT. And quite THANKFULLY. I entered the Spinning Class with a SMILE !
Posted by Disha Doshi Shah