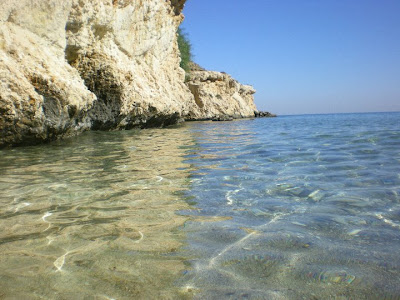 As soon as you land, you feel the fresh mediterrean sea winds hit you to greet you at Larnaca airport. Now, right before getting onto a plane, a million people asked me – Why Cyprus ?? Where is Cyprus. Just to give you the quick co-ordinates !

Capital : Nicosia
Party Capital : Ayia Napa
Currency : Euro
International Airport : Larnaca & Paphos
Summer Months : March – Oct – tons of people !!
Winter Months : Nov – March – everything is cheap, most restaurants, bars and cafe’s are shut !
Visa : Needed – although its a part of the European Union – a simple Schengan Visa will not suffice as of 20th Nov, 2010. But things are soon going to change.

Why Cyprus - because it has some of the most beautiful and breathtaking beaches of the Mediterreian coast line. There are tons of hotels, motels, bed and breakfasts available which can be booked online. I would suggest people to self drive, its fast and economical – you can cross the country from one end to the other in a little over 2 hours – if you love speed like I do ! They follow the british style – RIGHT HAND DRIVING !

WOOOFFF !!! Getting to the actual fun bit !

We were a party of 9 people, so booking a hotel was out of question. At ¼ its price, I found an amazing 4 bedroom villa, with a swimming pool, big garden and a seafront with the most amazing view !! Although we were a little outside Ayia Napa – about a 10 mins drive – which we did not mind. We considered ourselves lucky. Our cars were parked in the exact location as explained to us – and after the first day the GPS was rendered useless. This country bowled me over with its simplicity ! 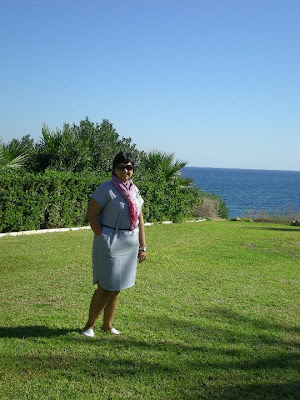 We dropped out bags and after a quick oohing and aahing over the absolutely fantastic villa, we got dressed for a little night on the strip. We headed straight to Ayia Napa. The little town of Ayia Napa can be walked from one end to the other without tiring your feat. Hiring a quad bike is recommendable. The Party scene in Ayia Napa is explosive ! Go to Bedrock Inn – Flintstones style, StarSkys, Piazza, Guru Bar – one the most stylish, Abyss are some of the best Clubs to be visited. Los Bandidos is a must visit Mexican Restaurant in Cyprus – especially for vegetarians – for whom most Cypriotic Food is a no-no. This town has all international cusinies to suit every pocket. 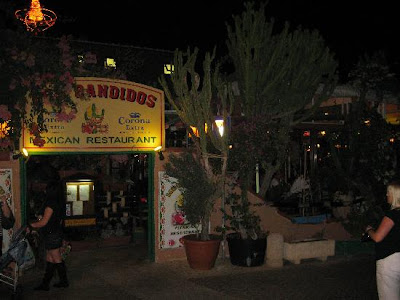 What is the most striking is that Ayia Napa is full of Souvenir shops. But once you travel in the layers and find the cute boutiques around this little town, you will be in paradise. Beware of Designer FAKES – at 1/10 the price.

The next morning, we decided to take a dip in the crystal blue waters. At any given point in time I could find 4 different shades of blue and green in the seas. The silver sand coastline runs from one end of the country to the other. Holidaymakers can take excursions from Ayia Napa to places like Agia Thekla, 6km to the west, with a small offshore island, Makronisos Beach, a cluster of three sheltered bays, or to the historical city of Larnaca, 40km along the coast. The waters are warm from May to Mid-November. Perfect for a little tan.

For my hiker friends. You must visit Cava Greko – which is Cape Greko. It lies between the towns of Ayia Napa and Protaras, both of which are popular tourist resorts. It is frequently visited by many tourists for its natural beauty. It is a protected nature park. From the high points on the cliff that rests at the cape one can view amazing sights out to sea. There are marked points where cliff divers are find their heaven. I hiked twice, once for sunrise and the other time during sunset. Camera snapshots do not do any justice to the changing colours in the skyline. The sounds of the blue waters lapping against the rocks and the gentle winds fluttering my hair are experiences that I can still close my eyes and feel. 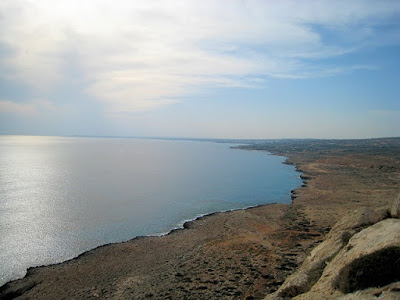 We also decided to take a day trip to Paphos. Paphos has both – the majestic mountains and the beach which is a sophisticated beach front if I may point out. Not too many young population – great of adults or honeymooners. Among its attractions are its ancient mosaic floors, its beautiful old harbour, its modern hotels and restaurants, situated along the seaside promenade. Other sights include an archaeological museum, the Byzantine castle of Paphos, the Tombs of the Kings, St. Paul’s Pillar and the Temple of Aphrodite (the goddess of love and beauty) and the Baths of Aphrodite. The summer months are a popular time for tourism in Paphos, when temperatures reach easilly into the mid 30 degrees centigrade every day. 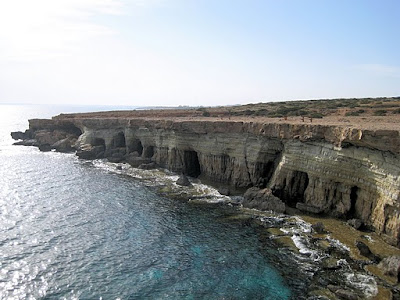 But, my family and I enjoyed walking the little villages around Paphos. Especially Latchi, which looks like a miniature town. We rented bicycles and enjoyed Cycling in the mountains. The main shopping lane, which runs parallel to the beach promenade, is the ideal tourists' marketplace. 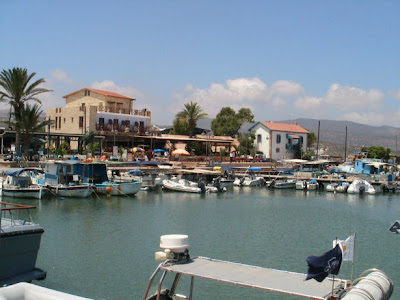 Located in Paphos is the gorgeous Coral Bay, a beauteous beach with soft sand and deep blue water, a perfect place for water sports.
Cyprus is a place for all pockets who love their sunshine !
Posted by Disha Doshi Shah