The world in a bubble

"In the beginning of most any artistic pursuit, specific themes and subject matter begin to pull at you in very personal ways. They begin to define what you, as a photographer, will shoot." - Tom Storm, Bubble Photographer

In the summer of 2006, Tom Storm was traveling through Galway, Ireland, when he came upon the Galway Arts Festival. Huge bubbles suddenly surrounded him and he found them so beautiful and intriguing that he started snapping away. A few months later, as Tom was rediscovering these photos, something caught his eye. In the bubbles' reflections, he found incredibly crisp detail. "I found there was a whole world within the bubble, a perfect world in focus," Tom said.

At the time, Tom was living in Gdanks, Poland so he grabbed his camera and headed to Neptune's Fountain. He soon discovered a two-person system for getting the shot. "Looking for any excuse to travel the world (my wanderlust defines me), I soon challenged myself to capture the reflections of a major landmark in every country in the world," says Tom. "These initial pictures have evolved into the World in a Bubble Project and have helped me engage people all around the world in a mission to see things from a different perspective."
TIMES SQUARE NEW YORK 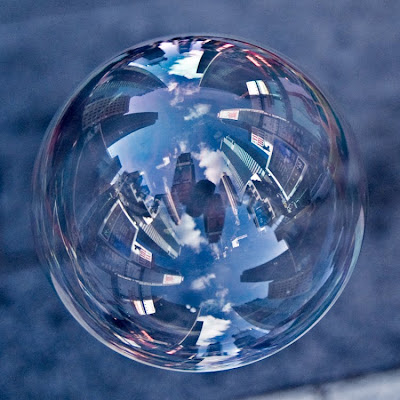 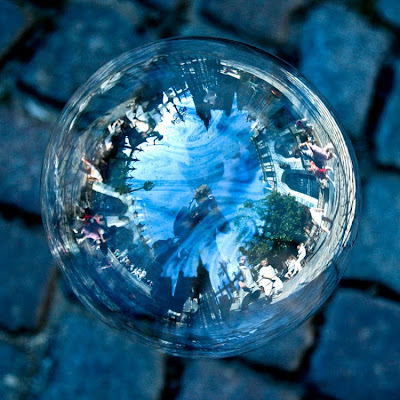 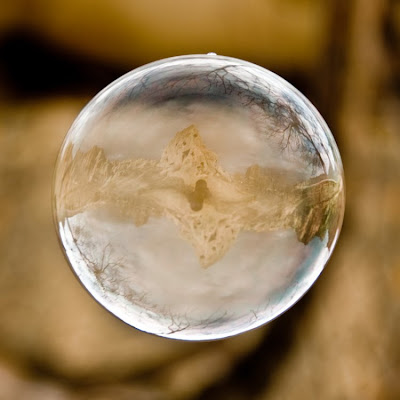 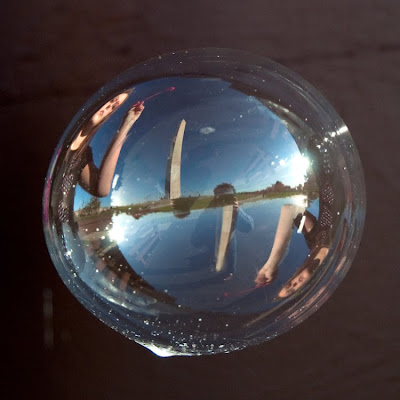 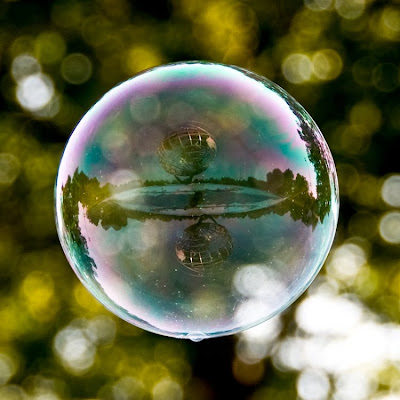 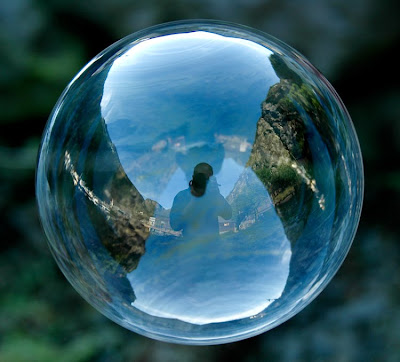 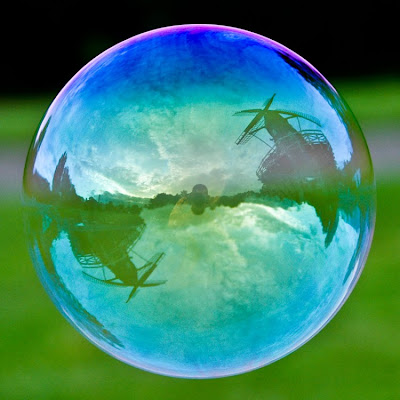 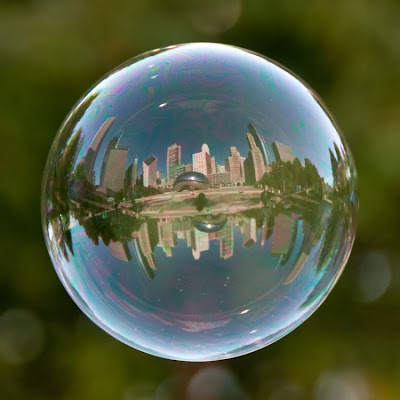 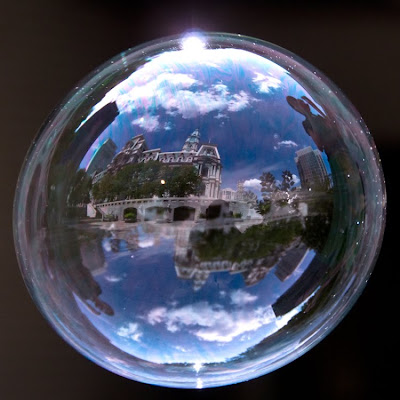 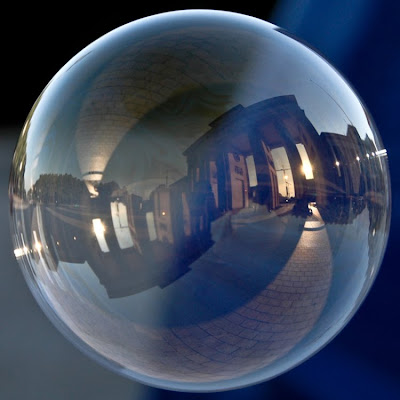