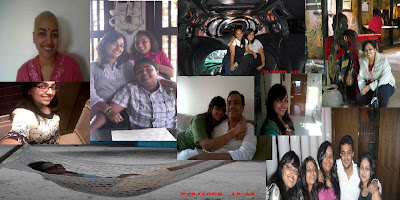 Someone asked me why are you always happy ? Here is a list of 100 Things to do before I can say you Pulled a DISHA ! By the time you get to the end of this page, tick marking it all – you would have lived a fun, loving, worth remembering life. So read on..
1. Have a voice – my blog - my form of expression
2. Post graduated in top 10 from a leading business school – Being successful in student life
3. Been the President of Rotaract Club of Bombay West
4. Came first all over the world in Trinity College of London Examinations
5. Met the King of Belgium
6. Gone BALD for Tirupati
7. Hitch-hiked from the middle of no-where
8. Thrown out of train somewhere in India and finding my way back home to Mumbai when I was 13 – ALL ALONE
9. Gone on a student exchange program to Belgium and lived there for a year
10. Travelled in less than 50,000 rupees in Europe for a month
11. Met the legendary Tooth Thiemann
12. Having lived in 3 different continents for a period more than 1 year
13. Touched a 100 Kilo’s +
14. Lost more than 20 kilo’s
15. Starting my own business at the age of 22.
16. Done bungy jumping
17. Having survived 3 rounds of chicken pox
18. Done scuba diving in Australia, Thailand, America
19. Done sky diving
20. Sat in a room with a Brazilian, Ecuadorian, American, German, Belgian, Italian, Canadian, Mexcian, South African, Australian, Ghanaian, Bostwanian, Bolivian, Columbian, Peruvian, Argentinean and British and make them listen to Folk Tales from India
21. Speak 3 international languages
22. Can swear in 25 different languages
23. Been to more than 50 manufacturing companies. Esp Toyota Japan
24. Assisted a Discovery Channel Photo shoot in Masai Mara, Kenya
25. Given medical help with the U.N. to children in Zambia
26. Been to Gangtok – frozen my fingers and had Maggie
27. Watched Les Miserables on Broadway
28. Partied at 5 different night club’s in New York
29. Wine Tasted from Nashik to Napa
30. Got drunk at Oktober Fest – Germany
31. Consumed 3000 calories in less than 3 hours at Cheese Cake Factory San Francisco
32. Attended Ski Camp in Switzerland
33. Lived in a palace of Rajasthan
34. Been published in a magazine
35. Stared in a Bollywood Film
36. Been on a reality show
37. Was stalked by people mistaking me for Chotti of Hum Panch
38. Caught a wanted thief
39. Having 30 pairs of shoes
40. Having my own Kofta receipe for Reliance industries
41. Made a complete fool of myself singing on stage
42. Been a star former at a Karaoke Bar
43. Collecting over 10,000 pictures of arts
44. Team member for a sport
45. Can play at least 3 musical instruments
46. Been on a cruise to the Bahamas
47. Danced at a strip club
48. Lost USD 1000 at Las Vegas
49. Write a Blog about spiritual guru www.letterstoppgurudev.blogspot.com
50. Shouted from the sun roof of a stretch Limo
51. Been in a army Helicopter
52. Been on a Defence Ship
53. Having more than 500 friends on Facebook – Do you want to Franship friends not allowed !
54. Been on the front page of a news paper
55. Won more than 50 prizes at drawing competitions
56. Started a gossip/ rumour
57. Dated 3 different nationalities
58. Ran Barefoot on the street
59. Know 5 different adult websites
60. Bought kinky lingerie
61. Being a teacher’s PET and she gifted you Tuesday’s with Morrie
62. Wore a wig
63. Walked around the mall shopping for kids stuff having stuffed t-shirt with cloth looking pregnant
64. Have a coffee named after you
65. Having a perfume exclusively for you
66. Completed all levels on Cake mania 4 !
67. Passed of for a mother when you are 15
68. Sang loudly from a rickshaw till you attracted enough attention
69. Been a part of a street play
70. Ran an NGO for street kids
71. Read tarot message every morning even though I don’t believe in it
72. Been to at least 10 amusement parks/ water parks
73. Proved someone known as the winner – WRONG
74. Posted a video on You-Tube
75. Been on a banana ride
76. Played Taboo when you are drunk
77. Kept a secret for more than 10 years
78. Passed off for a professional masseuse
79. Brought a waiters attention at missing items on the bill
80. Paid 10% of the bill and left
81. Paid for 1 movie and went inside the multiplex and watched another
82. Dressed as a punk for an entire day
83. Been admitted to the hospital for an illness
84. Never have a fracture
85. Having planted more than 100 trees to save the PLANET initiative
86. Scolded a 100 plus rickshaw drivers for spitting on the road
87. Caught a pick-pocketer red handed
88. Know what capoeira is – and tried this martial arts form
89. Been on the google search page no 1, item 1
90. Taught an English class for 1 year
91. Taught a French class for 1 year
92. Been a translator
93. Been the most sort after tourist guide
94. A Personal shopper – as a job !
95. Being a best friend to 3 people
96. Being a perfect daughter and grand daughter
97. Being excellent at my job
98. Being a cool sister and an aunt
99. Being an excellent topper student
100. Being a GOOD HUMAN BEING !
Posted by Disha Doshi Shah